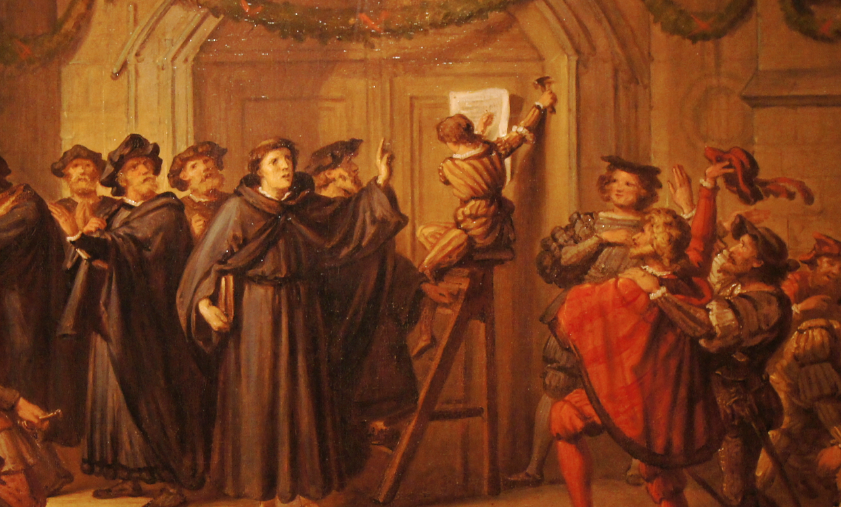 Two of my heroes in the faith share the same name:  Martin Luther King Jr. and Martin Luther. Both of these men have a great deal in common.  It’s not only that they share the same name, they also share a courageous faith.  Both of these men challenged the culture of their day.  In fact, much of the world is still affected by these two men. A lot of people know about MLK Jr but I’m convinced not enough people today know Martin Luther’s story.  It’s a secret that ought to be told.   So here goes…

Luther, as I like to refer to him, was born in Saxony, Germany, in 1483.  His parents were very wealthy so they sent him off to school in Erfurt where he earned a bachelor’s degree in 1502.  He had intended to study law, but due to a narrow escape from death by lightning, he changed his mind and in spite of his father’s objections became an Augustinian monk in 1506.   Luther was a brilliant theologian. He studied at the Erfurt monastery where he became a priest in 1507 before being transferred to Wittenberg, Germany.

Luther had a courageous faith!  He noticed the obvious signs where the church had deviated from the clear teachings of Scripture.   Rather than keep quiet, Luther made his protests known.   Unable to get the church’s attention, Luther drew up ninety-five theses for debate, which he posted on the door of the Castle church on October 31, 1517.   That’s right, Halloween is the anniversary of one of the most important dates in church history.

What are we teaching future generations?

These are honest questions with which every Christian parent needs to wrestle.   I applaud parents who want to protect their children from the dangerous influences of culture. However, when we hold our “Halloween alternatives” often what it teaches our children is to be no longer in or of the world.

What do our alternatives to Halloween say to our children and the world?

I want to challenge you about your Halloween traditions.   Have you ever stopped and thought, what does my Christian version of Halloween really say to my children?  Am I raising children of courageous faith or am I raising them to hide from the culture around them?

Maybe Christian parents should be aiming for teaching their children how to engage the world around them.  Maybe we should aim for training them to become young Martin Luther’s.  As a parent, I want to teach my children to confront the challenges of culture head-on rather than hide from them.

Maybe we should be standing on our doorsteps greeting the people that God brings to our house with a smile and the gospel on Halloween rather than conducting a “Halloween alternative” on the church property.  Maybe we should take advantage of the opportunity that God gives us on this one day of the year to engage people about the love of Jesus when they come to our front door.

Here a few practical suggestions for your family to consider this Halloween: