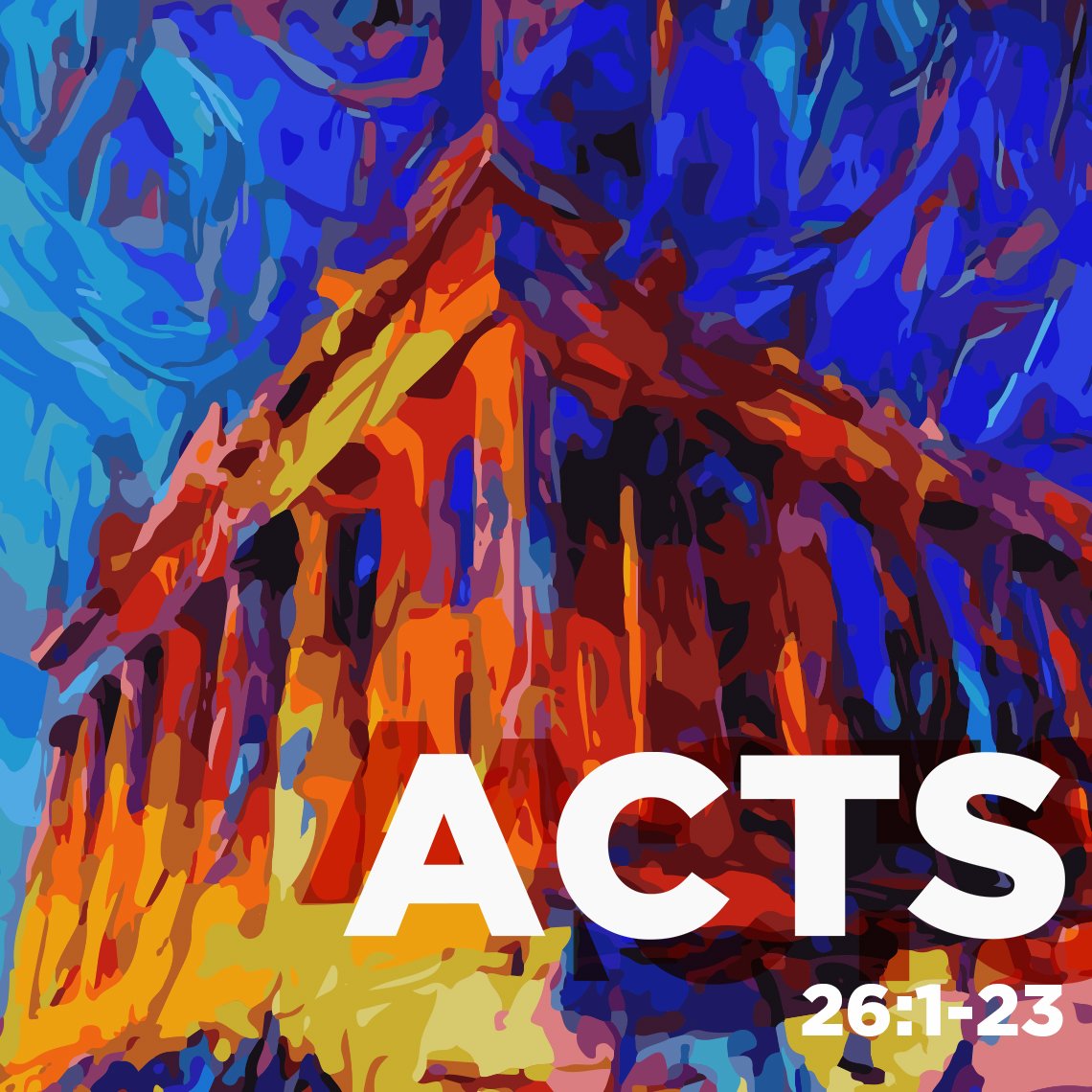 I. Happy to Hope

Acts 26:1-8
So Agrippa said to Paul, “You have permission to speak for yourself.” Then Paul stretched out his hand and made his defense: 2 “I consider myself fortunate that it is before you, King Agrippa, I am going to make my defense today against all the accusations of the Jews, 3 especially because you are familiar with all the customs and controversies of the Jews. Therefore I beg you to listen to me patiently. 4 “My manner of life from my youth, spent from the beginning among my own nation and in Jerusalem, is known by all the Jews. 5 They have known for a long time, if they are willing to testify, that according to the strictest party of our religion I have lived as a Pharisee. 6 And now I stand here on trial because of my hope in the promise made by God to our fathers, 7 to which our twelve tribes hope to attain, as they earnestly worship night and day. And for this hope I am accused by Jews, O king! 8 Why is it thought incredible by any of you that God raises the dead?

You have hope today!

II. Hope That Meets Us

Acts 26:9-14
9 “I myself was convinced that I ought to do many things in opposing the name of Jesus of Nazareth. 10 And I did so in Jerusalem. I not only locked up many of the saints in prison after receiving authority from the chief priests, but when they were put to death I cast my vote against them. 11 And I punished them often in all the synagogues and tried to make them blaspheme, and in raging fury against them I persecuted them even to foreign cities. 12 “In this connection I journeyed to Damascus with the authority and commission of the chief priests. 13 At midday, O king, I saw on the way a light from heaven, brighter than the sun, that shone around me and those who journeyed with me. 14 And when we had all fallen to the ground, I heard a voice saying to me in the Hebrew language, ‘Saul, Saul, why are you persecuting me? It is hard for you to kick against the goads.’

Romans 5:1-8
Therefore, since we have been justified by faith, we have peace with God through our Lord Jesus Christ. 2 Through him we have also obtained access by faith into this grace in which we stand, and we rejoice in hope of the glory of God. 3 Not only that, but we rejoice in our sufferings, knowing that suffering produces endurance, 4 and endurance produces character, and character produces hope, 5 and hope does not put us to shame, because God’s love has been poured into our hearts through the Holy Spirit who has been given to us. 6 For while we were still weak, at the right time Christ died for the ungodly. 7 For one will scarcely die for a righteous person—though perhaps for a good person one would dare even to die— 8 but God shows his love for us in that while we were still sinners, Christ died for us.

Acts 26:15-20
15 And I said, ‘Who are you, Lord?’ And the Lord said, ‘I am Jesus whom you are persecuting. 16 But rise and stand upon your feet, for I have appeared to you for this purpose, to appoint you as a servant and witness to the things in which you have seen me and to those in which I will appear to you, 17 delivering you from your people and from the Gentiles—to whom I am sending you 18 to open their eyes, so that they may turn from darkness to light and from the power of Satan to God, that they may receive forgiveness of sins and a place among those who are sanctified by faith in me.’ 19 “Therefore, O King Agrippa, I was not disobedient to the heavenly vision, 20 but declared first to those in Damascus, then in Jerusalem and throughout all the region of Judea, and also to the Gentiles, that they should repent and turn to God, performing deeds in keeping with their repentance.

Change comes after being made new

IV. Hope for the World

Acts 26:21-23
21 For this reason the Jews seized me in the temple and tried to kill me. 22 To this day I have had the help that comes from God, and so I stand here testifying both to small and great, saying nothing but what the prophets and Moses said would come to pass: 23 that the Christ must suffer and that, by being the first to rise from the dead, he would proclaim light both to our people and to the Gentiles.”

Colossians 1:12-14
12 giving thanks to the Father, who has qualified you to share in the inheritance of the saints in light. 13 He has delivered us from the domain of darkness and transferred us to the kingdom of his beloved Son, 14 in whom we have redemption, the forgiveness of sins.