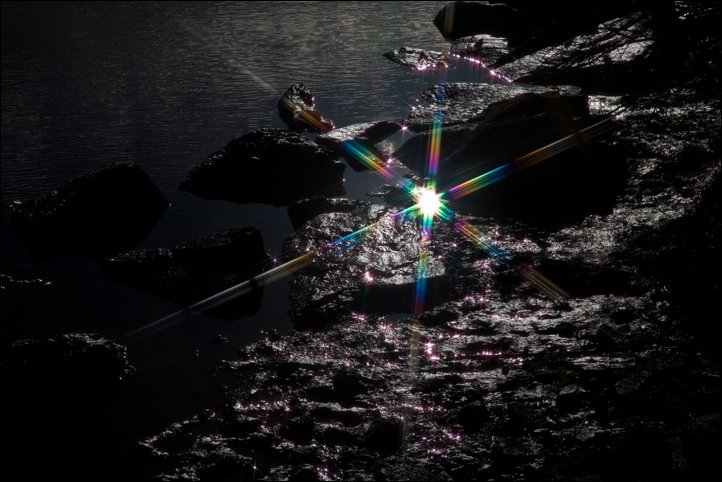 When I was a soldier in the US Army, I found something extremely valuable when I hit rock bottom in the winter of 1988. I was on a training mission at Dugway Proving Ground in Utah in late December 1988. This desert training was designed to push me to my physical and emotional limits.

It was bitter cold! The temperatures hovered around 10°. I was lying in the snow for hours with a constant 40 knots per hour wind hitting me in the face. Adding to the misery, to remain camouflaged, I was lying under some small bushes, hiding from the bad guys. Like every mission in the US Army, I had a buddy with me. He and I took turns talking about how miserable we were. He and I spent hours describing how cold our fingers and toes were becoming. I tested the truth of the old adage “misery loves company” that day. This moment stands out in my mind as one of the most miserable days of my life. I don’t ever remember being colder than this day in December in 1988 in the high mountains of Utah.

Suddenly, with no notice, my buddy started to stammer. Soon he started to slur his speech. I couldn’t understand a word he was saying. It sounded like he wasn’t even speaking English. In order to try to help my buddy, I started trying to warm him up and have a conversation with him. Then he started acting strange. He started taking off his jacket and removing his hat. Before I could stop him, he started to strip naked and run wildly through the snow.

I stopped the training exercise, got on the radio, and called for immediate medical attention! My buddy was going into severe hypothermia. I started praying for my buddy as the medics treated him. They insisted they take my temperature also. After pulling the thermometer out of my mouth they put him and me on an immediate medevac and sent us to the local hospital. I arrived with a body core temperature of 95°. My buddy’s temperature was even lower. I spent the night in the hospital trying to raise my body core temperature to an acceptable level. My buddy was there for days.

The doctors explained I also had hypothermia, and I should have been experiencing the same symptoms that he was displaying while we were lying in the snow that winter’s day. I’ve often wondered why I could physically handle the biting cold that day. I’ve often wondered why I could handle the emotional strain of lying in the snow thinking I could die under those conditions.

I found something incredibly valuable while lying in the snow in the mountains of Dugway Proving Grounds that December. I found a source of strength that runs deeper than my physical abilities. I believe it was my faith in Jesus Christ that gave me the ability to handle the environmental challenges and the stress of that military training mission.

He is strong where I am weak…

Jesus gave me a great gift that day in the mountains. He showed me the limits of my abilities. In finding my limitations he also showed me that where I am weak… there he is strong. Like the diamond at the bottom of a deep well, I had to hit rock bottom to find a source of strength I didn’t know existed.

Sometimes I’m convinced God takes us beyond the depths of our own abilities to show us our weaknesses. When we find our weaknesses, he then starts to show us his strength. If you’re always able to handle the pressures of life on your own, then you have no need for God. It’s often when you reach your breaking point that God can really minister to you and through you.

I can endure all things through Christ…

Maybe this disappointment prompted Peter to become one of the greatest voices for Jesus in his lifetime. Maybe it was the knowledge he failed his Savior that propelled Peter to be the bold witness for Jesus at Pentecost just a few weeks later. Peter learned the same thing the great apostle Paul learned – when we stop trusting in our own abilities then Christ can give us his strength. Keep this in mind – his strength has no limits (Philippians 4:13)! If your strength has failed you, I’ve got good news… where you are weak, he is strong. If you’ve turned your back on Jesus, follow the example of Peter. He’s ready to restore you, if you’ll return to him.