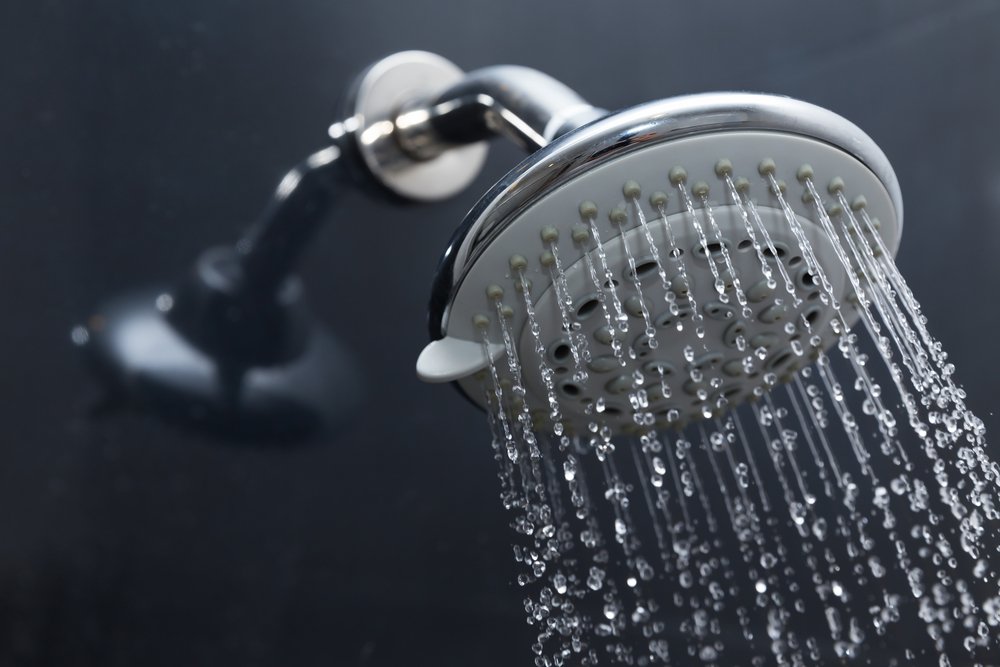 I want you to imagine that you are a little boy playing in the woods behind your house. You’ve spent the entire day looking underneath stones and logs for caterpillars-because that’s what little boys do. You imagine that you are a giant on a foreign planet when you crash through the bushes and brush.  You tossed great piles of leaves in the air to watch them rain down like parachutes around you.  And, of course, you get filthy playing little boy games outside!

The Bible describes people like little boys playing in a polluted world in 1 John 2:15-17. Just playing in our world will leave us filthy from sin. Unless our heart is changed by the gospel, even our desires for achievement or perfect possessions will leave us filthy. Basically, the Bible is saying that there is no way to walk through a dirty society without getting dirty yourself.

The purpose of the shower

Let’s go back to that little boy in the backyard for just a second. Now imagine that your mother calls you in from the backyard for dinner. There’s no way she’s going to let you sit down at the dinner table until you first clean yourself up. Every little boy who gets this dirty playing in the backyard knows his mother will insist that he take a shower before allowing him to sit down at the dinner table. Can you imagine how confused you would be if your mother asked you to clean yourself up BEFORE you got in the shower?  You would probably have no idea why you were taking a shower if you were expected to get cleaned up BEFORE you got into the shower. You would probably be frustrated at the idea of cleaning yourself up without taking a shower.

The power of the gospel

The word gospel means good news. The good news is that God didn’t leave us in our sin; he sent his son Jesus to pay the ransom for that sin. The price that it cost Jesus was his death on the cross. You and I have no power to clean ourselves up from sin (Psalm 103:3). That power comes from God through the Holy Spirit, by the blood of the Lord Jesus Christ (Ephesians 2:13)!

This imaginary story of the boy whose mother demands he become clean BEFORE he takes a shower is an analogy of some church people today.  Some people in Jesus’s church expect a person to get clean BEFORE they come to church. By their actions or by their words, some church people demand that sinners become righteous BEFORE they can come to church.  This expectation amounts to teaching a distorted gospel. No human being is capable of becoming clean apart from the blood of Jesus. The mission of the church of the Lord Jesus Christ is to introduce sinners to a Savior who can clean them up. Therefore, there must be some dirty people in the church if that church is really advancing the Gospel that Jesus saves sinners.

This is exactly what the Bible teaches in 1 Corinthians 6:9-11.  Paul, the writer of this passage, describes a church full of formerly filthy sinners. Listen to this list: former idol worshipers, adulterers, prostitutes, homosexuals, thieves, greedy cheaters, drunkards, and violent people all made up this church in the city of Corinth. The idea in this passage, is that the blood of the Lord Jesus Christ can change anyone – no matter how severe the sin. But this passage also carries the idea that sinners cannot clean themselves up. It is in Christ and through Christ’s church that they find freedom from temptation and cleansing from sin.  It is crazy to expect someone to get clean before they get in the shower. It is equally crazy to expect someone to act right before they come to Jesus. That’s why Jesus’s church must not expect people to get clean before they come to church.

This Sunday I’m going to challenge Calvary Baptist Church to wade in to the darkness of sin and to ask openly homosexual people to regularly attend our church. The church must be comfortable around all types of sinners if Calvary is to be a church that sees former homosexuals changed by the blood of Jesus. It is my prayer that Calvary will be a church that sees sinners transformed by the grace of God and become new men and women through the shower of Jesus’s blood!