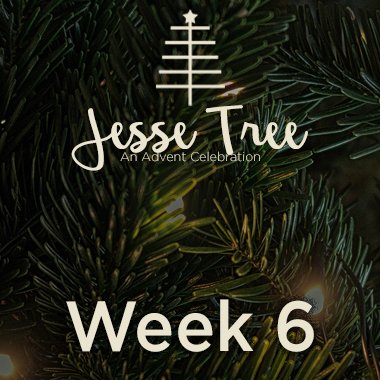 I love to read a good mystery book. And I’m kind of a simple-minded fellow, so there are a lot of things there are mysterious to me. For example, a Rubik’s cube. It’s mysterious to me how anybody could figure one of those out. And then, when I just get that in my head about this square one that people do, Eli (a child) brings in this triangular one that is even more complicated and is able to do it! That’s mysterious to me.

We’re going to be talking about a mystery today. It’s probably the greatest mystery of all, and it’s found in the book of Philippians. I am Steve, the children’s pastor, and you all are a lot taller than the people I normally talk to.

When this story in Philippians, this episode in the Bible, takes place, Paul is writing a letter to a group of people, a church that he had started earlier, and it’s a love letter. He loves this group of people. He really loves these people, and he wants to continue to share with them.

Okay, these verses are going to be long, and we’re going to focus on the first six. This is Philippians 2:1-11:

Philippians 2:1-11
1 So if there is any encouragement in Christ, any comfort from love, any participation in the Spirit, any affection and sympathy, 2 complete my joy by being of the same mind, having the same love, being in full accord and of one mind. 3 Do nothing from selfish ambition or conceit, but in humility count others more significant than yourselves. 4 Let each of you look not only to his own interests, but also to the interests of others. 5 Have this mind among yourselves, which is yours in Christ Jesus, 6 who, though he was in the form of God, did not count equality with God a thing to be grasped, 7 but emptied himself, by taking the form of a servant, being born in the likeness of men. 8 And being found in human form, he humbled himself by becoming obedient to the point of death, even death on a cross. 9 Therefore God has highly exalted him and bestowed on him the name that is above every name, 10 so that at the name of Jesus every knee should bow, in heaven and on earth and under the earth, 11 and every tongue confess that Jesus Christ is Lord, to the glory of God the Father.

Talk about things that make you go hmmm! I’m sure people, when they read that said, “I thought Caesar was this. So, you’re telling me that Caesar is not lord and savior? Wow! Okay. So, help me understand this more, Paul.”

Well, here’s the part: He emptied himself. He was in Heaven. He is God. But, He decided to come here. Now, why would He do that?

We look at our things now as superheroes. For example, as an adult, you might want to think of a superhero as your bank account, your job, etc… stupid stuff (I’m sorry; I’m not supposed to say stupid). That’s what they thought of. But now, they were being told, “No, that’s not the way it is. That’s not the Lord and Savior; God is your Lord and Savior.”

In Philippians, Paul said that Jesus was in the form of God. Jesus was God; that’s what that means. Jesus took the form of a servant. Jesus humbled Himself, and Jesus was obedient to the point of death on a cross.

Let’s dig into that just a little bit more. It’s important for us to know that right now at Christmastime. Christmas is fun, and we see the manger, the little baby Jesus and all that good stuff. We give out all the gifts. Now, that’s wonderful wonderful wonderful. But, when you really think about the mystery of what took place, wow! This is bizarre!

God, who created butterflies and trees, who created oceans and mountains, God Himself is now with us. Why in the world would He do that? This is called incarnation. God is with us. That’s important to know. Got is here. He’s not up there somewhere; He’s here. Jesus, who is non-created and part of the Trinity, the second person, is now here. This is truly a mystery. This is big. This is really big! Talk about things that make you go hmmm. That makes me really say, “Hmmmm…”

And that confuses kids. Sometimes when we have this lesson (and we do this lesson about once every two years), kids look at me like I have a green head (and by the way, I’ve had a green head before). They look at me like, “What does that mean?” And I use a demonstration that I used with my daughter, Leah. Let me try to share that with you.

Here is a pitcher of water, blue water. This represents God. The water is God. Okay, what’s in here (pouring into a container)? God the Father.

Who in here (pouring into a second container)? God the Son, Jesus.

Who is this one (pouring into a third container)? God, the Holy Spirit.

They look different, but aren’t they the same? They’re blue. They’re shaped differently, but they are God. That’s what we talk about in Children’s Church. We use some other analogies and lessons and demonstrations, but that’s the one that seems to stick with them the most.

Then, after we’ve talked about the Trinity (and that word is a new one to them, the Trinity), we get into, “Well, why did He do this? Why did God come here? Why is God with us? What is all this about this incarnation?

1. To reveal the Father to us
2. To redeem mankind
3. To show us that God is willing to get involved

Here’s the deal (and I like this): He came because He wanted us to know Him, to know God. And so, He chose a way to do that through His Son, Jesus, who is God (I know it’s confusing). But here’s the good part: He’s not just someone who’s standing over here barking out orders; He’s down and dirty with us. He’s right here with us. He wants us to know that He knows what we know.

And this is God’s plan. He wants to tell you, “I’ve got you. I’m with you. I know what you’re going through. I’m in control.” God’s in control. We say that all the time in Children’s Church: “Who is in control? God is in control.” And He is. But, He’s lived it. It’s not somebody over there looking at us, just watching. No! He’s down and dirty with us. He’s gone through it. What you’ve felt, what I feel, He has felt. That’s good.

We did the Jesse Tree, and those of you who did the Jesse Tree, you have to agree with me; it was cool, wasn’t it? It was good. I looked at your postings on Facebook. Some of you really got into that. It was just a matter of doing a devotion so that you could start teaching your children about this good news. And it’s a good thing. It’s a very good thing. As a matter of fact, in this upcoming year, in 2020, we’ll be giving you more opportunities to have nightly and weekly devotions with your family that will do this very thing.

We have to tell the world that God is with us and that God came to show us how much He loves us. There’s a world that is lost. There is a world that’s really messed up. If you listen to the news just here in Columbus, what you hear is that the murder rate is horrible. And that’s not all. Just look at the anger that you see around us. Just look at the suffering that people are doing, and we have good news.

We have to tell the world that GOD IS WITH US and that God came to show us HOW MUCH HE LOVES US!

Jesus (God) became flesh. Think about this. His blood is what covers us. Spirits don’t bleed, do they? When I think of a spirit, I think of smoke and that kind of stuff. – invisible. But Jesus became flesh to bleed, and He did. He was obedient, even to the cross. Now if, as a church, we joined together, what could we do?

Here is a picture of the Redwood Forest (photo shown). Some of you have been to the Redwood Forest. In science class (and some of you may remember this), I was taught that a tree if you just picture it going upside down, the root system is the upside down tree. Some of those trees are 3,500 feet tall. That’s pretty tall! Some of those are 2,000 years old, and they’ve been standing through all kinds of troubles: They’ve stood through storms, through drought, through hurricanes…

But did you know that their root system is not deep it all? It’s kind of weird. It’s a very shallow root system, and the way they’re able to do that is that they are intertwined; they wrap around the roots of the other trees, which gives them lots and lots of strength. And what I take from that is this: Wow! What if we did that? What if we bound together? What if we intertwined as a group?

Think about that. What difference could we be? What could we do? I think we could do a lot. I think we could really, really do a lot. If we joined together and supported each other in a healthy way, I think an impact would happen in our city and the Chattahoochee Valley. A difference would be made. We would represent our Lord and Savior, Jesus Christ, who is teaching us the character of God. This is what He did. So now, this is what we are supposed to do. There’s the saying we say in Children’s Church. It is that we just need to be Jesus in blue jeans.

We are to be Jesus in blue jeans.

Now, what that means to kids is (kids wear blue jeans all the time), you don’t have to go out and give somebody your car or buy them a house or something crazy like that (although if you want to, that’s cool; do that). Just be Jesus in blue jeans. Just be kind. Be one of those weirdos that we’ve talked about. When you’re standing in line at Wal-Mart (the two lines that are open), let somebody go in front of you.

If somebody wants to pull in front of you in the car. You could do something crazy if you wanted to. But instead, be nice. You know what? A smile helps an awful lot of people. Have you ever noticed that? Smile at someone. Let them know you care. And when they say, “You’re weird. Why did you do that?” You say, “I’ve been blessed. I want to bless you. Jesus has blessed me. I want to bless you.” It’s that simple to me. We can do this. 2020 can be a different year.

Steve has been married to his wife Brenda since 1979. They met in High School here in Columbus. Currently, their daughter (Leah) and her husband (Stewart Smithwick) are working together as a team in the Children’s Ministry.
Steve has a Educational Specialist Degree from Columbus State University, a Masters of Counseling from Troy State, and Master’s Certification in Gifted Education from UConn and Columbus State . He serves as the Director of Strategic Partnerships of Calvary Christian School, as well as, the Elementary Pastor of Calvary Baptist Church.