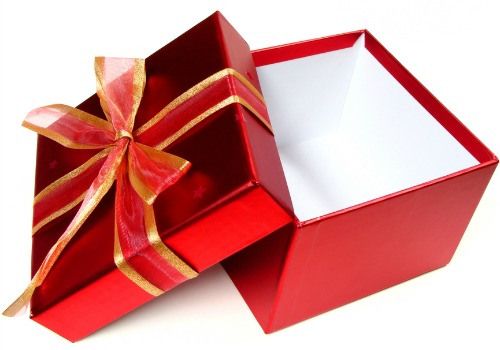 There is a Christmas story, that’s not really a Christmas story, found in Luke 19:15-19.   The back story here is Jesus has just finished a conversation with one of the wealthiest men in the town of Jericho. Zacchaeus was famously wealthy! I say wealthy because the Bible tells us he was very rich. I call him famous because we also learn he was the chief tax collector in his city. That means he made most of his money by stealing from other people.

With this as a backdrop, Jesus begins a conversation about a man who leaves town on a business trip. He distributes a lot of his money to his service. In this passage, there’s an unspoken expectation that the servants will put the man’s money to work and make a profit. As far as we know, this man never tells his servants when he’s returning. Let’s see what these servants to do with this man’s money.

Out of Sight, out of mind

You probably already figured it out… “when the cat’s away the mice will play.”   What Luke records for us next is shocking. Some of the servants do nothing with the man’s money (Luke 19:21).  This is nothing short of gross neglect! If the man went on a business trip and left you with some of his money or if your investors expected a return on their money and you did nothing with it-  in today’s business world you deserve to get fired! In Jesus’s day, it could cost you your head!

What on earth would cause these servants to take such a risk? Why would they be so lazy, or so foolish with this man’s money (Luke 19:23)? These questions are even more disturbing when you realize the purpose for this man’s trip in the first place.

What gifts do you bring?

This was a very important man in his community.  Luke 19:14 says this man was actually a prince. He left town for the purposes of being crowned King. While he was away, his very subjects rejected his rule.  They didn’t want this man to be their leader. They went so far as to send a delegation, to publicly declare that they refused to follow this man’s lead.

What if you were selected as one of that delegation to go and protest the reign of the prince? Imagine that you were sent to publicly declare you did not want to follow his leadership. Can you comprehend the terror in your heart when the prince returns home as your king! Now that he’s king, he has absolute authority over you. I can’t begin to understand the fear this delegation must have felt when the king returned home to his rebellious subjects.

Even the little drummer boy played for the king

Do you remember the Little Drummer Boy Christmas song?  There’s absolutely no biblical basis for this Christmas song- but it tells a pretty good story. Well imagine you’re the little drummer boy when the king returns to demand an account from his servants.  Let’s say you are one of those servants the prince left in charge in his absence. He gave you money and written instructions about what to do while he was gone. When he returns, will you be able to present a return on investment to the king?  It’s pretty clear from Luke 19:22 that the king expects profitability on his investments.  Jesus is the rejected prince that will return as the victorious king on day.  He expects his faithful subjects to do something for him while he is gone.

Let’s say that Jesus comes back again this Christmas Eve. If he calls you to account for the gifts he’s given you, what do you have to bring?  I’m talking about gifts like your very life and the physical abilities to go to work.  Jesus provided your family, friends, and every good gift you have (James 1:17).  In reality, the gifts you present to Jesus this year are really just a faithful subject’s return on the King’s initial investment.  So back to the original question, what gifts do you bring to King Jesus this Christmas?