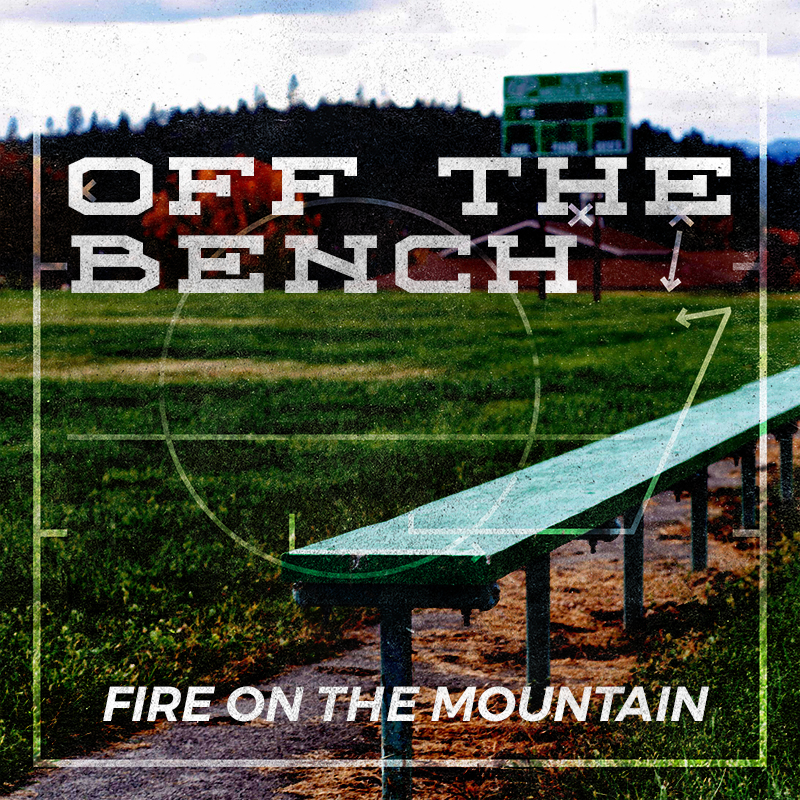 I. Present Yourselves to God

Exodus 19:16-17
On the morning of the third day there were thunders and lightnings and a thick cloud on the mountain and a very loud trumpet blast, so that all the people in the camp trembled. Then Moses brought the people out of the camp to meet God, and they took their stand at the foot of the mountain.

Proverbs 1:7
The fear of the Lord is the beginning of knowledge; fools despise wisdom and instruction.

Proverbs 3:7-8
Be not wise in your own eyes; fear the Lord, and turn away from evil. It will be healing to your flesh and refreshment to your bones.

II. If You Mess with Fire You Get…

Exodus 19:18-20
Now Mount Sinai was wrapped in smoke because the Lord had descended on it in fire. The smoke of it went up like the smoke of a kiln, and the whole mountain trembled greatly. And as the sound of the trumpet grew louder and louder, Moses spoke, and God answered him in thunder. The Lord came down on Mount Sinai, to the top of the mountain. And the Lord called Moses to the top of the mountain, and Moses went up.

III. There Are No Exceptions

Exodus 19:21-23
And the Lord said to Moses, “Go down and warn the people, lest they break through to the Lord to look and many of them perish. Also let the priests who come near to the Lord consecrate themselves, lest the Lord break out against them.” And Moses said to the Lord, “The people cannot come up to Mount Sinai, for you yourself warned us, saying, ‘Set limits around the mountain and consecrate it.’ ”

Romans 6:23
For the wages of sin is death, but the gift of God is eternal life through Jesus Christ our Lord

Romans 3:23
For all have sinned and fallen short of the glory of God

Romans 5:18-21
Therefore, as one trespass led to condemnation for all men, so one act of righteousness leads to justification and life for all men. For as by the one man’s disobedience the many were made sinners, so by the one man’s obedience the many will be made righteous. Now the law came in to increase the trespass, but where sin increased, grace abounded all the more, so that, as sin reigned in death, grace also might reign through righteousness leading to eternal life through Jesus Christ our Lord.

Our sin is fully exposed in the presence of Holy God

IV. Come to Him in Grace

Exodus 19:24-25
And the Lord said to him, “Go down, and come up bringing Aaron with you. But do not let the priests and the people break through to come up to the Lord, lest he break out against them.” So Moses went down to the people and told them.

Hebrews 12:18-25
For you have not come to what may be touched, a blazing fire and darkness and gloom and a tempest and the sound of a trumpet and a voice whose words made the hearers beg that no further messages be spoken to them. For they could not endure the order that was given, “If even a beast touches the mountain, it shall be stoned.” Indeed, so terrifying was the sight that Moses said, “I tremble with fear.” But you have come to Mount Zion and to the city of the living God, the heavenly Jerusalem, and to innumerable angels in festal gathering, and to the assembly of the firstborn who are enrolled in heaven, and to God, the judge of all, and to the spirits of the righteous made perfect, and to Jesus, the mediator of a new covenant, and to the sprinkled blood that speaks a better word than the blood of Abel. See that you do not refuse him who is speaking. For if they did not escape when they refused him who warned them on earth, much less will we escape if we reject him who warns from heaven.