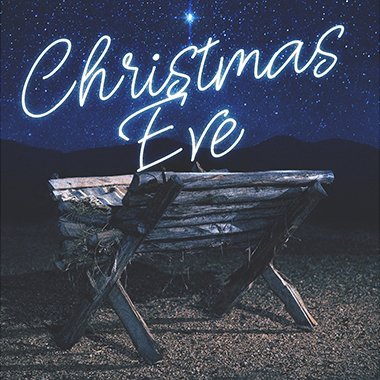 Much of what I’m going to talk about is kind of simple. In fact, if you were born and raised in church, you’ve probably heard this story before. If you watched Peanuts on TV, I know you’ve heard this story before. And there’s not a whole lot new that I’m going to say to you, but I have been praying about this service, and here’s the thing that I’ve been praying: God, would you remind your people all over again of what happened on that Christmas night? God, would you cause us to be in awe all over again about what you did when you asked your Son to leave Heaven and come to Earth? God, would you cause us to worship the glory and majesty of this child like it was the first time we’ve ever heard this story?

I. Jesus made an emperor become insignificant

So, I want you to notice two things about the birth of Jesus, this story that we find in Luke chapter 2. We’re going to start in verse 1, and you’re going to listen to a list of names, and you’re going to hear a list of titles. I want you to focus on who is the center of this story, because the moment that Jesus comes to Earth, from that moment forward, everybody who’s ever lived before him and everyone who’s ever lived after him now becomes insignificant. Every king, every governor, every emperor pales in comparison to this baby who was born and laid in a manger 2000 years ago. Here’s the story from Luke chapter 2:

Luke 2:1-5
At that time the Roman emperor, Augustus, decreed that a census should be taken throughout the Roman Empire. 2 (This was the first census taken when Quirinius was governor of Syria.) 3 All returned to their own ancestral towns to register for this census. 4 And because Joseph was a descendant of King David, he had to go to Bethlehem in Judea, David’s ancient home. He traveled there from the village of Nazareth in Galilee. 5 He took with him Mary, to whom he was engaged, who was now expecting a child.

We have a list of some pretty important positions. You have the Emperor of Rome, the most powerful man on the planet at the time Jesus was born. You have the Governor of Syria. You also have David, the ancient king of Israel, perhaps the greatest king of Israel, all listed for us here in Luke chapter 2. But what I want you to know is that God is all in these verses preparing for the birth of Jesus.

For example, maybe Caesar had no idea why he wanted a census. Maybe God just put on his mind, I want to count my people. We do know that this wasn’t a military census, meaning you weren’t going in order to be signed up to the army. This was a census for taxes. Does it make you feel any better to know that God can even use taxes to accomplish his plan?  I pretty much feel like all taxes are evil, but apparently this tax was a pretty good thing, because it ushered in the birth of his Son.

The Bible doesn’t tell us why Mary decided to go, just that Mary chose to go along with Joseph for the census. But for those of us who know the rest of the story, you know why Mary decided to go, right? You know that the prophet said this baby has to be born in Bethlehem, and Joseph has to go to Bethlehem, and so God, for whatever reason, prompts Mary to get on a donkey and she arrived in Bethlehem with her husband. While she’s there, God causes her to have a baby, and all of the prophecies of Jesus are fulfilled by these events.

John MacArthur, when he was preaching this message to his church, made the statement, “If you were to compare Jesus and Caesar Augustus, it’s pretty amazing what Luke is describing here.” You see, Caesar Augustus is one of the most powerful, one of the most influential leaders in the history of the human race. He created what was called the Pax Romana, “the peace of Rome”, and by the time Jesus was coming to Earth, the Roman Empire from Europe in the west to the Middle East experienced this unprecedented period of peace. Caesar Augustus was worshiped as God. In fact, people referred to him as “the son of a god”. -that his daddy was a god and that Caesar was the son of a god.

Luke says it’s really not David in ancient Israel; it’s really not Quirinius in Syria. It’s not even Augustus in Rome who’s important. The person you really need to know about is Jesus, this baby who was born in obscurity, born and laid in a manger a long time ago. He’s the one who makes kings and emperors insignificant.

II. Jesus turned a manger into a throne

And then they took him and they laid this child in a manger, and when they did that, God turned that feeding trough into a throne. I want you to imagine that you’re listening to Linus tell the Christmas story in the Peanuts Christmas special for the first time, and Linus is recounting this for audiences on television, and when you hear these words from Linus, it should cause you to grab the remote control, to pause and rewind. “Did I just hear that right? Rewind what Linus just said. Did the Bible just say that they laid Jesus in a feed trough, because there was no room for him at the inn?!” Here’s what the Bible says for us, verses 6 and 7 of Luke chapter 2:

Luke 2:6-7
And while they were there, the time came for her baby to be born. 7 She gave birth to her firstborn son. She wrapped him snugly in strips of cloth and laid him in a manger, because there was no lodging available for them.”

At the time when Jesus was born, it wasn’t that uncommon, these strips of cloth that you see. In fact, parents often did this to strengthen the child’s bones. They would wrap them up really tightly and hope that the cloth would strengthen the child’s bones and help the child develop right after birth, but in Jesus’s day, the ancient rules for the birth of a king was, if that child was important, it should be dressed appropriately after birth. In other words, the rank of the child should be reflected in the way that the baby, the infant, was dressed right after birth.

The Bible tells us Mary and Joseph are a poor couple with not a whole lot of money. They can’t even afford a real sacrifice. They have to give a couple of birds when they take him to the Temple to dedicate him. They wrap him up in strips of cloth. That alone is pretty incredible, and then look what it says next. It says that they took him, and they laid him in a manger. The reason why they had to lay him in a feed trough with the animals is because when Mary and Joseph were trying to find a place to have this baby, there was no room for them in the little inn there in Bethlehem.

If you’ve been with us lately, we’re doing this sermon series called “OMG”, these “Oh my God!” moments where we stand back and say, “Oh my God! I can’t believe what I’m reading in the Bible. Is this really true?” In this case, “You would bring your Son to planet Earth in these circumstances?!”

And it’s almost as if for Luke, this is no big deal, because by the time Luke hears this story, Luke knows the life that this baby lived. By the time that Luke hears this story, Luke also hears the kind of death that this man will die and the kind of resurrection that he will do three days later, and when viewed in light of his death and resurrection, it’s not that incredible that the King above all kings, the Emperor greater than any emperor who will ever live, the great High Priest, the Lord above all lords is born in obscurity, laid in a manger, and there was no room for him in the inn.

God turned a barn into a place the behold Jesus. God turned a cross into a place to believe that he really was the sinless Son of God. And then God took an empty tomb, and he created what Philippians chapter 2 calls, the place where all humanity will bow before him and declare that man is Lord to the glory of God the Father.

I’m going to tell you a pretty famous Christmas story that y’all are familiar with. It’s about a kind old man who has a long beard, and if you crawl up on his lap and if you ask for gifts, he’s going to give you exactly what you want as long as you ask for it the right way. Do you guys know this man I’m talking about? Unfortunately, according to the way many Christians treat God, his name is Jesus Clause, and if I crawl up in Jesus’s lap, if I ask Jesus for good gifts like I want the new car. God, I want a promotion at work. God, I want you to take care of my physical problems. If I crawl up on Jesus’s lap and if I use the magic words “in Jesus’s name”, he’s going to give me what I want.

One of the reasons why we do the Lord’s Supper at Christmas is to put gifts into perspective. I don’t know what’s under your tree. I don’t know what’s waiting in your stocking, but I do know this: It pales in comparison to the gifts that the Lord’s Supper table represents. At the Lord’s Supper, you see some bread and some juice, but what they represent is the greatest gift ever given in human history. It is the gift of the forgiveness of sins, and it came at a terrible cost, the cost for you and me to receive this gift is the blood and the body of God’s sinless, perfect Son.