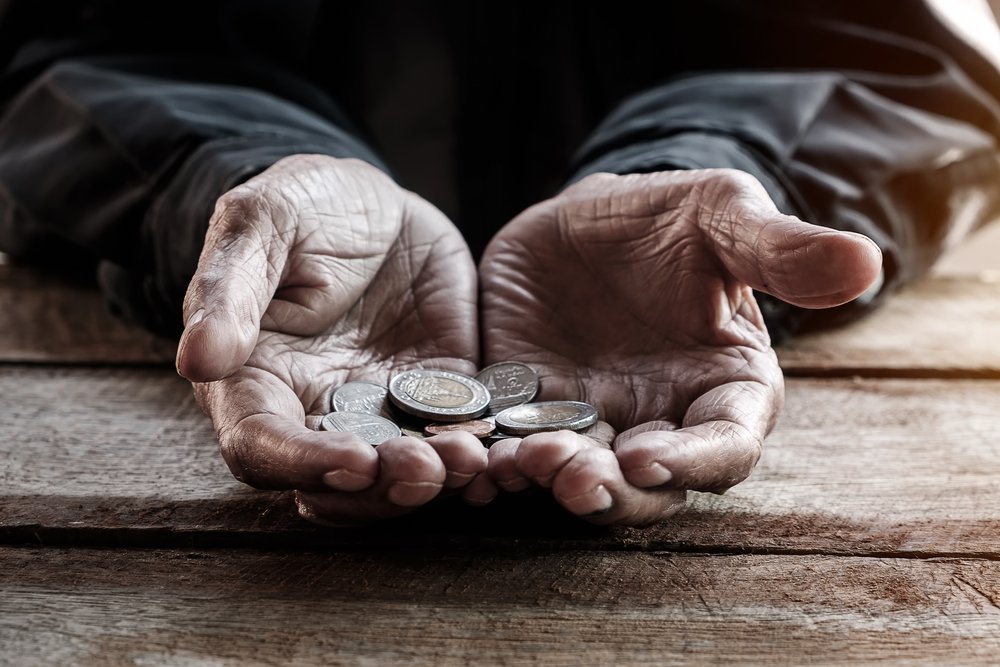 You’ve heard the old adage “It’s better to give than to receive” but do you believe it? Most people know exactly what the statement means but they don’t live like that’s really true.

Let’s just be honest, it feels better to receive than to give. Sure, it’s fun to give gifts but all of us like getting gifts. The question boils down to what do they mean by better. Better for me or better for the one that’s getting the gifts.

Jesus tells a fascinating story about giving your money away in Luke 21:1-4. He tells about the way people give. Some people who have a lot of money gave just a little bit. This one woman who had very little money gave it all! In the story, Jesus commends the woman for how much she gives, but I think he also is teaching us a bigger lesson about the reason for giving in the first place.

You already give to what’s important

One of the reasons why we don’t give our money away easily is because most of us want a little bit more than what we currently have. So, the very idea of giving away some of what you already have is really hard to do when you already want more money.

When people talk to me about giving, they often say, “If I had a little bit more money I would be willing to give,” or “as soon as I pay off a couple of bills I’ll start to give a little bit of my money to help others.” No you won’t. If you’re not giving a little bit now, you’re not going to give away a lot more later. You should start small when it comes to giving some of your money away. You must work up towards giving generously. Nobody develops the habit of generosity overnight. Generous people developed that habit over time.

We live in this materialistic money crazed society. Watch the kind of movies that are in the theaters, listen to the lyrics of pop music, pay attention to the magazine advertisements and you will notice that western society is obsessive about money.

Americans live in one of the richest societies in the history of humanity. The average American is wealthier than the richest of any generation before us. Yet we never have enough wealth. I’ve never had anyone in my life tell me, “I have enough money!”

Giving your stuff and yourself away takes your focus from you and puts it on others. Human beings can be incredibly selfish creatures. We want more, and more, and more. When we see others that have something we don’t have, we want what they have also. It’s part of our nature to want more than we already have. It’s also dangerous to continue to want more. There’s never enough. The more you want the less your able to be satisfied with what you already have.

One of the benefits of giving your money away is that it takes the focus off you and puts it on someone else. I mean the real reason why people give to nonprofits is because they care deeply about what those organizations stand for. Giving your money away to people that are in need helps you think less about you and more about others.

Here’s how Martin Luther, the famous priest that helped launch the Protestant Reformation, put it…

When wealth, and life itself, to God we give,

That He will help us in the final hour,

And grant the victor’s palm to Faith’s all-conquering power.[1]

Giving your money away to Jesus’ church helps you focus on Heaven. Since there is a Heaven and Hell and there is life after death, then anything that you give now towards Christian ministry is an investment which will pay dividends in eternity.

Here’s my challenge for you when it comes to your finances… Give some away. Give some to Christian ministries. Make an investment in eternity. Give it away like your soul depends on it – because it does. Money will consume you, if you let it. The only way to break the grip that money has over you is to give some of it away to people in need.