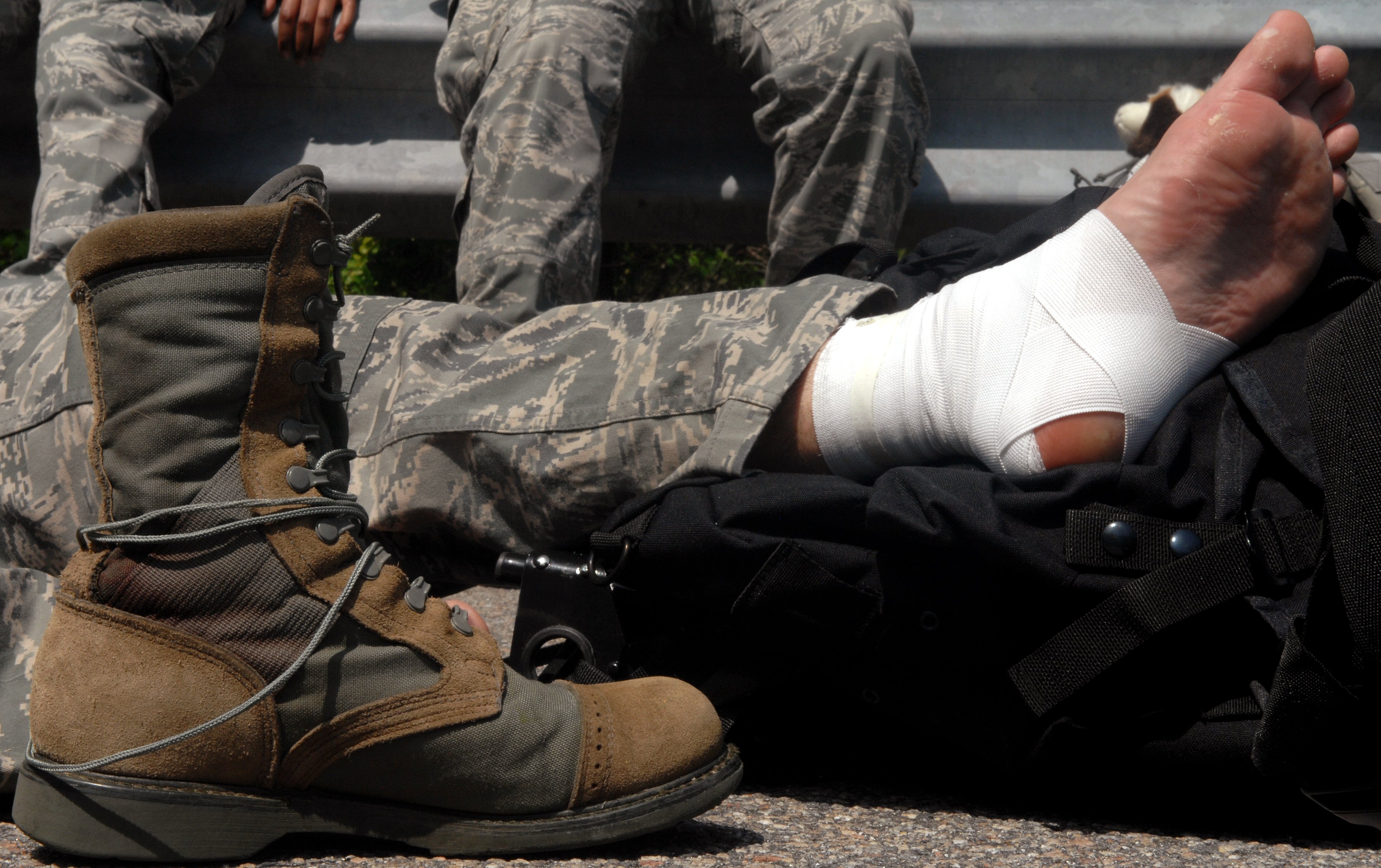 “Yep, that’s going to leave a scar!”- were the first words out of my mouth when one of my soldiers was shot in the leg on accident.  I know these don’t seem like the most compassionate words, but you really had to be there to understand just how funny this event was.  I was temporarily serving as a chaplain candidate in Fort Knox, Kentucky, when the unit was conducting rifle marksmanship as part of its basic combat training.

The trainees from one company were in the barracks cleaning their weapons after completing a long day of training at the rifle range.  Somehow, one of the trainees left the rifle range with a bullet still in the chamber. (It is unimaginable that this soldier was able to make it through the many safety checks between leaving the range and getting to his barracks. However, somehow this safety system broke down at every level.) The soldier was sitting on his bunk getting ready to clean his weapon when he pulled the trigger and fired the round that was still in the chamber. This bullet went directly across the room and hit another soldier in the leg.

This was the perfect gunshot wound. The bullet missed the bone, major veins and arteries, and significant nerves in his lower leg. It literally missed everything important and punched through one side of the leg and out the other. If there is a better way to get shot in the leg than this, I have never seen it! This is why the first words out of my mouth when visiting the soldier at the hospital were… “Yep, that’s going to leave a scar!” Amazingly, he was able to leave the hospital relatively quickly and finish basic combat training with the rest of his unit. This soldier had only been in the Army for a few weeks but was going to have a story to tell for the rest of his life.

Can you take a punch?

The first thoughts going through my mind when this soldier left the hospital were about revenge. Having only been the unit chaplain for a couple of weeks, I didn’t know this soldier well enough to know if this event was premeditated. Therefore, I was eminently concerned that this soldier would try to find a way to take revenge on the guy who shot him in the leg.  I just looked him straight in the eyes before leaving the hospital and said, “Are you going to try to find a way to get revenge when you leave the hospital?”

Most of us take it personally when somebody hurts us. Often, we are so overwhelmed by the pain, that we only consider that the other person was intentionally trying to hurt us. Most of us can’t consider that it was unintentional when somebody hurt us.  This could have been the case with this soldier that was shot in the leg. Incredibly, he was able to show grace to the man who shot him.

This soldier reminds me of a guy named Stephen in Acts 6:8. The Bible makes two statements about Stephen in this one verse. The first is that he is a man “full of grace”. We’ll talk about that more in just a second. The second statement is that Stephen is a man “full of power”. I believe it takes great power to be able to suffer the kind of abuse that Stephen suffers in the Bible and not demand revenge. I believe it took great power for this soldier to endure the gunshot wound in basic training and not take revenge on the guy who shot him.

As much as I don’t like to admit it, it takes more power to take a punch than it does to give one.  Stephen is a guy who can take a punch. I think this is the essence of what Jesus was saying in Matthew 5:39. It takes a lot more strength to receive a slap in the face and not try to get revenge. Perhaps Stephen was able to take the punch because he is also a guy who is full of grace.

Stephen is a man who experienced the grace of God. He was radically transformed by the blood of Jesus Christ, which provided grace in spite of his sins. Because Stephen experienced supernatural grace, he was able to offer supernatural grace.  What about you? What would you do if somebody shot you in the leg accidentally? Would you do the easy wrong thing and try to get revenge, or would you do the harder right thing and show grace?